The great work of George’s life was taxidermy or bird stuffing. He started to master this delicate hobby while still a young man. He worked long hours on the farm and could only tackle this hobby at the end of the day. It must have been difficult in the darker days of the year, working in lamplight, to carry out the intricate work of preserving his specimens and presenting them in life-like form in the settings and cases which he made.

He would have been able to capture many local birds for preservation. As his work became well known, other people might send him specimens. For example, a gamekeeper at Fyvie caught an animal, a Pine Marten, and gave it to George. Harvie Brown sent George a capercailzie, which George did not have in his collection. Eventually George had examples of all the native birds. His fame as a bird-stuffer spread far beyond Fyvie and specimens were sent from abroad — India, Africa and America.

There are records of the recognition George received from others for his taxidermy skills. A gamekeeper, writing to Harvie Brown, gave his opinion of George’s ability. ‘This man, who has never had a single lesson in bird stuffing is in my humble opinion, about, if not altogether, the best hand I know’. Harvie Brown visited Gourdas in 1887 and saw for himself the ‘museum’ and George’s taxidermy for himself. He was clearly impressed.

In 1884, an Exhibition of Industry and Art was held in the new Art Gallery and Museum in Aberdeen. George sent an impressive natural history exhibit in a total of 39 cases: 156 birds of 113 species; 345 butterflies and moths of 180 species; birds’ eggs of 112 species; beetles and flies of 100 species. For this magnificent display, George was awarded a gold medal.

The following year, in September 1885, the annual meeting of the British Association was held in Aberdeen. The Aberdeen Natural History Society organised an exhibition and George’s contribution was the largest.

George’s collection was split up in 1903. Some items remained in the family and from one of these you have the chance to see for yourself the quality of George’s work. Thanks to Mrs Lily Robertson. 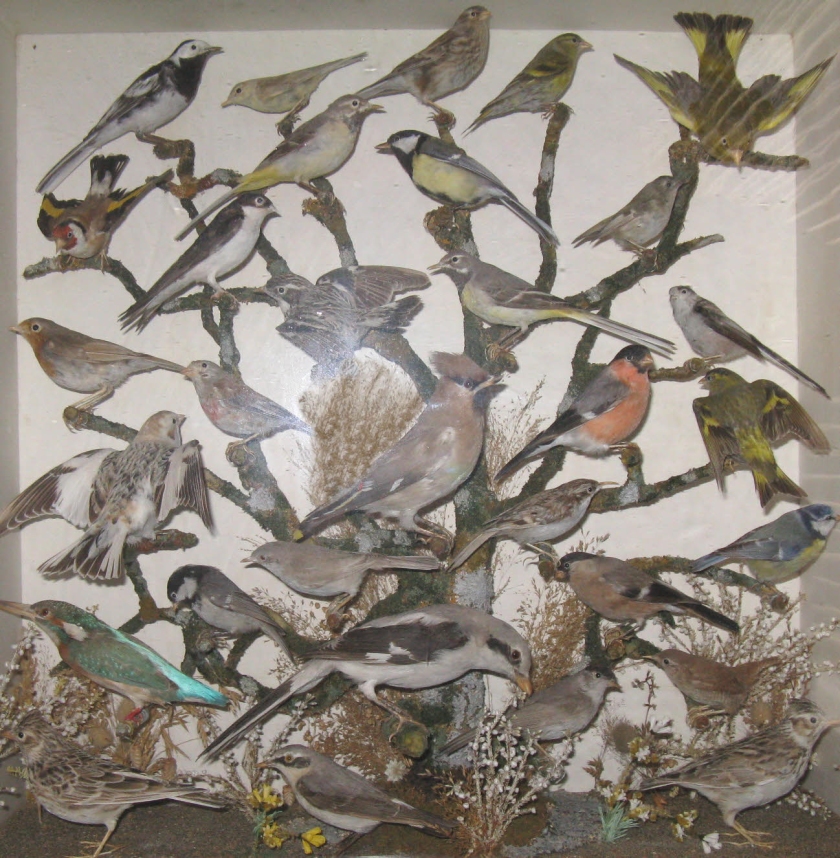